Today’s society is more connected than ever, with social media bringing us beautiful images that can inspire us to buy certain brands or travel to certain places, all driven by a new breed of celebrity, the social media influencer. Bonnie van Dorp discovers how travel brands are harnessing this new type of marketing.

They’re digitally-savvy, they’re trendy and they’re showing off their enviable lifestyles to a massive audience online — we’re talking about the Insta-royalty known as social media influencers, of course.

There’s an influencer for every niche imaginable. Are you a beauty fanatic? Join Kendall Jenner’s stable of 103 million plus Instagram followers as she shows you how to overdraw your lips to perfection. More of a fitness fanatic? Aussie Personal Trainer Kayla Itsine’s 11.7 million followers will get you sweating off your brunch in no time. Or perhaps you’re a travel addict? Photographer Murad Osman has a whopping 4.6 million people swooning over every holiday snap he posts.

The point is that it’s now easier than ever to connect with people who share in the same interests as us; they’re just a swipe and a click away. This is great news for consumers who are on the lookout for trust-worthy recommendations relevant to their interests, and even better news for marketers as followers of these various accounts act as audience pools that have been organically — most of the time, anyway — and conveniently segmented to help them better target their messaging to the right people.

This brings up two questions: firstly, how can our industry relay key messaging to these massive audiences, and secondly, can these influencers even bring in the kind of engagement and return that destinations and operators want?

Well, the answer it seems is yes — but only if you’re strategic, creative and realistic with your influencer marketing campaigns, as we discovered from talking to some of our industry’s most well-known travel and accommodation brands.

In late August last year, Singapore Airlines decided to have a crack at reaching new audiences via influencer marketing. “We already have a very good relationship with both consumer press and trade press, and what we wanted to look at was that new digital marketing span that continues to have a greater impact in terms of decision making on consumers,” Karl Schubert, Public Relations Manager for the South West Pacific for Singapore Airlines told travelBulletin.

Schubert, along with his team, put on their thinking caps in a bid to come up with a way that would creatively tell the airline’s story and showcase — outside of a fact box so to speak — their expansive SilkAir network. What resulted was a partnership between the airline and seven influencers who work across four blogs; Little Grey Box, Polka Dot Passport, Backstreet Nomad and The Curious Collection.

The project, dubbed #SquadSQ, saw the airline put together four completely unique itineraries from all corners of the world for the seven bloggers to share with their audience. Some visited South Africa and Korea, while others explored Laos and Switzerland. Other itineraries saw bloggers explore destinations such as Sri Lanka and Germany. The only thing that the itineraries had in common was that they all transited through Singapore’s Changi Airport at roughly the same time. In total, the ‘squad’ clocked over 90,000 miles across nine destinations.

“We gave them free rein to curate, capture and deliver to their audience material that was going to resonate,” Schubert said. The bloggers also actively communicated with each other on social channels to further amplify their reach and ensured that the hashtag #SquadSQ was used on each post.

So what were the results of the airline’s first foray into influencer marketing? A staggering 2.3 million people reached through social posts and valuable content created consisting of 520 Instagram stories, 220 Instagram Posts, 70 plus tweets, more than 40 Facebook posts, 28-30 blog posts and 10 youtube videos. And while Schubert did not disclose whether #SquadSQ led to any direct ticket sales, the sheer number of people reached through the first iteration of the project has inspired the airline to launch a second version of the program which will occur later in the year.

Should you pay to play?

Unlike most traditional media staffers who do not and cannot engage in chequebook journalism for ethical reporting reasons, some travel influencers require monetary compensation on top of their flights, accommodation and food expenses. And for companies looking at engaging with celebrity level influencers, an invoice issued with at least five zeros on it per post is not entirely unheard of (Kylie Jenner supposedly charges US$1 million per post according to a report by HopperHQ). 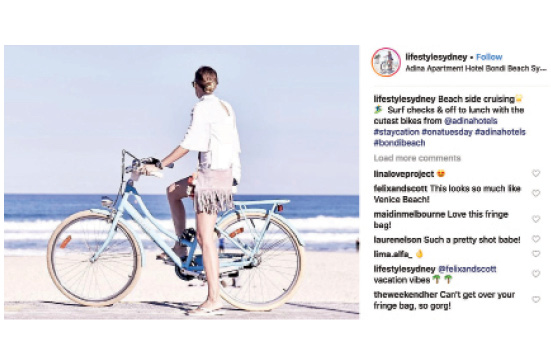 Don’t worry if that’s not in your budget, because many of the travel brands that we spoke to said that mid-tier influencers (those with a following of between 50k and 500k) with a modest cost per post (from $1k upwards) can still deliver amazing reach and results. And if that’s still not in your budget — some companies, like Singapore Airlines, take a firm stance against paying influencers at all.

Schubert isn’t alone in this tactic, with Roam Resorts Director Greg Parkes saying many of the properties that he works with are also against the pay-to-play model that some influencers work by. “We will put them up and feed them and show them a good time, but we don’t think we should pay for [posts] as well,” he said. However, he admits that depending on the influencer and whether the hotel has the budget, they might loosen the purse strings once in awhile providing the distribution is “more than a couple of Instagram posts”.

“We would expect at least two blogs with the permission to repurpose and use images in the future. If they just offer Insta then a contra agreement is the way we would go providing they had good follower engagement.” Parkes said: “It’s tough for bloggers as they need to earn money, but then the hotel needs an ROI too.”

Whether you’ve comped a room, flight, meal or tour, the dread of an influencer not delivering or under-delivering can loom over PR managers.

“One time I was approached by an influencer here in Sydney who had other products they wanted to promote and they were looking for somewhere to promote these products,” Parkes — who looks after a collection of independent hotels and resorts across the Asia-Pacific — shared with travelBulletin.

“We organised to put them up in a hotel room on a Friday and a Saturday night so they could photograph these products and I thought they would also say something like ‘here we are in this trendy part of Sydney where we’re looking at this product’ but when the post came through they didn’t even mention the hotel that had just put them up for a couple of nights. They didn’t even geo-tag the photograph to show where they were!” 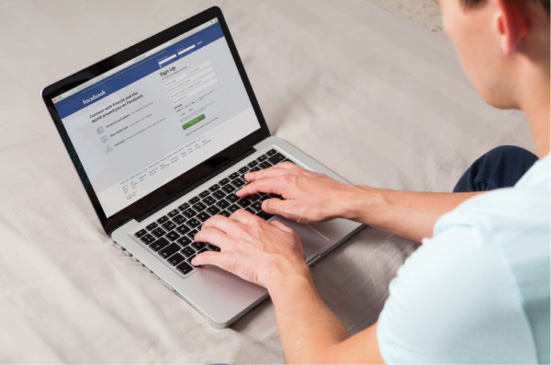 “So I went back to them and said ‘what’s going on?’ and they said ‘our main reason for staying was to promote this other product’,” he continued.

“After that, I kind of put a cross through that one; I won’t be using those guys again.”

Parkes said that before he’ll even consider working with a new influencer he’ll “drill down on what a blogger or influencer is offering, who their target audience is, how long they’ve been an influencer for” and he will also ask for references from others who have used them before. “I’m very picky with who I use.” He also admitted that he preferred to work with travel writers with connections to well-known publications over “straight out bloggers”.

Shaizeen Contractor, Chief Revenue Officer, TFE Hotels said that many brands can get turned off influencers following a bad experience. “Influencer marketing only works if they are genuine in their approach, and if they show a true affiliation to our brands,” she said.

Both Parkes and Contractor agree that those looking to work with influencers need to set clear expectations — in terms of deliverables — and evaluate success at the end of the campaign.

“Like all marketing — influencer, digital or television — not every move will be a winner,” Contractor said. “However, as a brand, we wouldn’t let one bad experience completely shut us off from a powerful marketing channel. After all, it is those less-than-ideal experiences that provide key learnings for future campaigns and partnerships.”

“The influencers we have used have brought a lot of positive attention to our brands across social platforms, while also providing us with a source of great user-generated Content,” Contractor added. “People often rush into social media marketing without full knowledge of how or why to use influencers. Every single influencer is unique and needs to be treated that way.”

Measuring ROI when working with influencers

While Sarah Clark, Intrepid’s GM Marketing for the Asia-Pacific, admits that they have worked with select influencers before to complement their suite of content, the company prefers to use ‘real’ travellers in all of their in-house video production.

“When we do partner with influencers, our priority is to ensure that it is a brand fit with us, and that individual would otherwise be an Intrepid traveller,” she said. 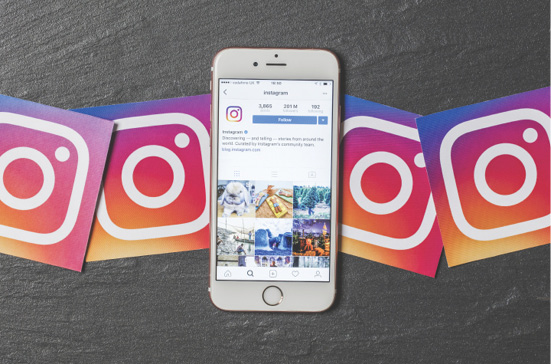 When asked whether there had been a trend of consumers making bookings following an influencer-led campaign, Clark said no. “We have not been able to directly relate significant booking trends to influencer marketing, however, believe that a customer will see our brand in many different mediums before considering to travel with us, and in some cases, influencer marketing can play a part in this.

Working with influencers is different depending on what industry you are in, explained Clark. “For retail, the selling of a product is instant and can be tracked well through the likes of Instagram product links and instant purchases, however for travel it is a little more complex”.

Contractor from TFE Hotels — who admits their emails “run hot” with requests from influencers requesting stays — said that it can be “difficult to measure direct bookings related to an influencer campaign.

She said: “We have occasionally noticed a spike in searches on our website, depending on the messaging used”.

“It is difficult to measure direct bookings related to an influencer campaign, unless they are tied in with a call to action — such as “book a staycation now” with a booking link from the influencer.”

So ultimately, should you engage in influencer marketing activity as a travel brand? Our panel of experts all say yes; just be realistic about your goals and do your research before rushing into a partnership with someone you don’t have a history with.